So You Want to Work with the NFL? 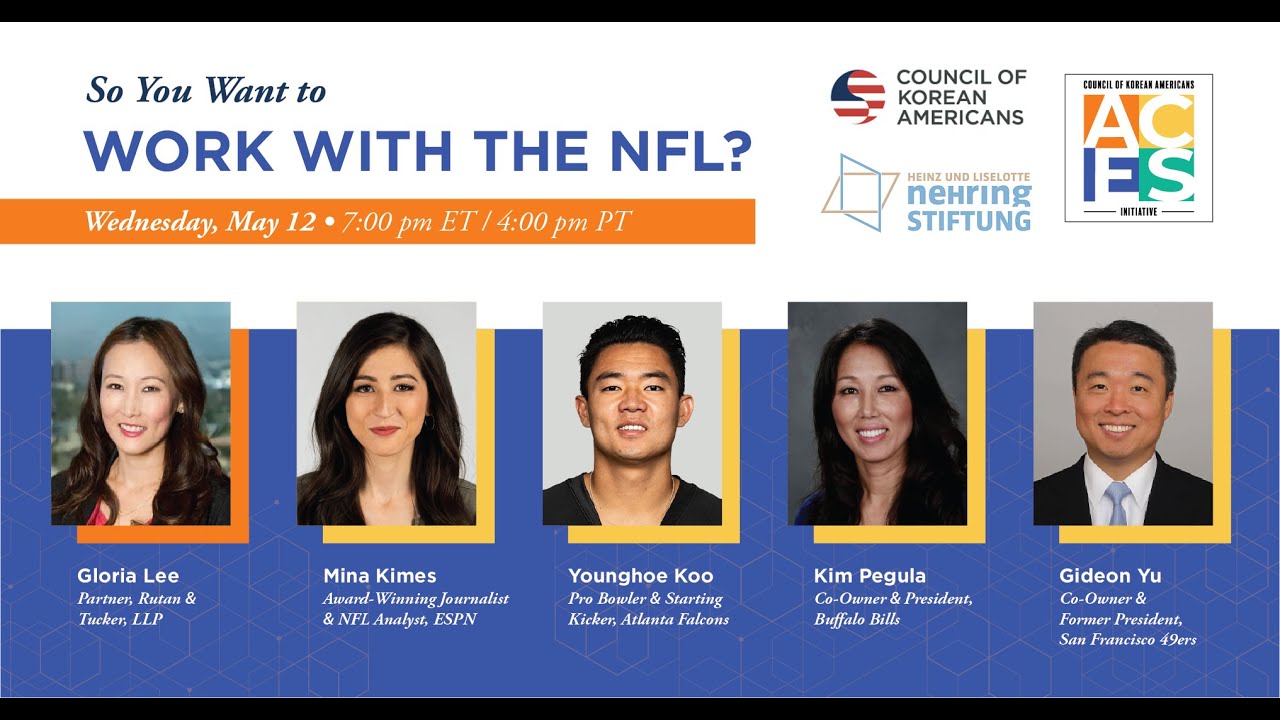 The Council of Korean Americans’ Arts, Culture, Entertainment, and Sports (ACES) Initiative hosted a discussion on May 12, 2021, with Korean American leaders in the NFL. They will be sharing their stories of how they became pioneers in their field. Moderated by Gloria Lee, Partner of Rutan & Tucker, LLP, the panelist features ESPN’s award-winning journalist, Mina Kimes, Atlanta Falcons Kicker, Younghoe Koo, Co-Owner, and President of the Buffalo Bills, Kim Pegula, and Co-Owner of the San Francisco 49ers, Gideon Yu. Thank you to the Heinz und Liselotte Nehring Stiftung/Foundation for sponsoring this program series. Hosted by the Council of Korean Americans and the Chinese American Heritage Foundation. CKA’s affinity groups are made possible through a partial grant by the Korea Foundation.