Around the World to Honor Korean War Veterans 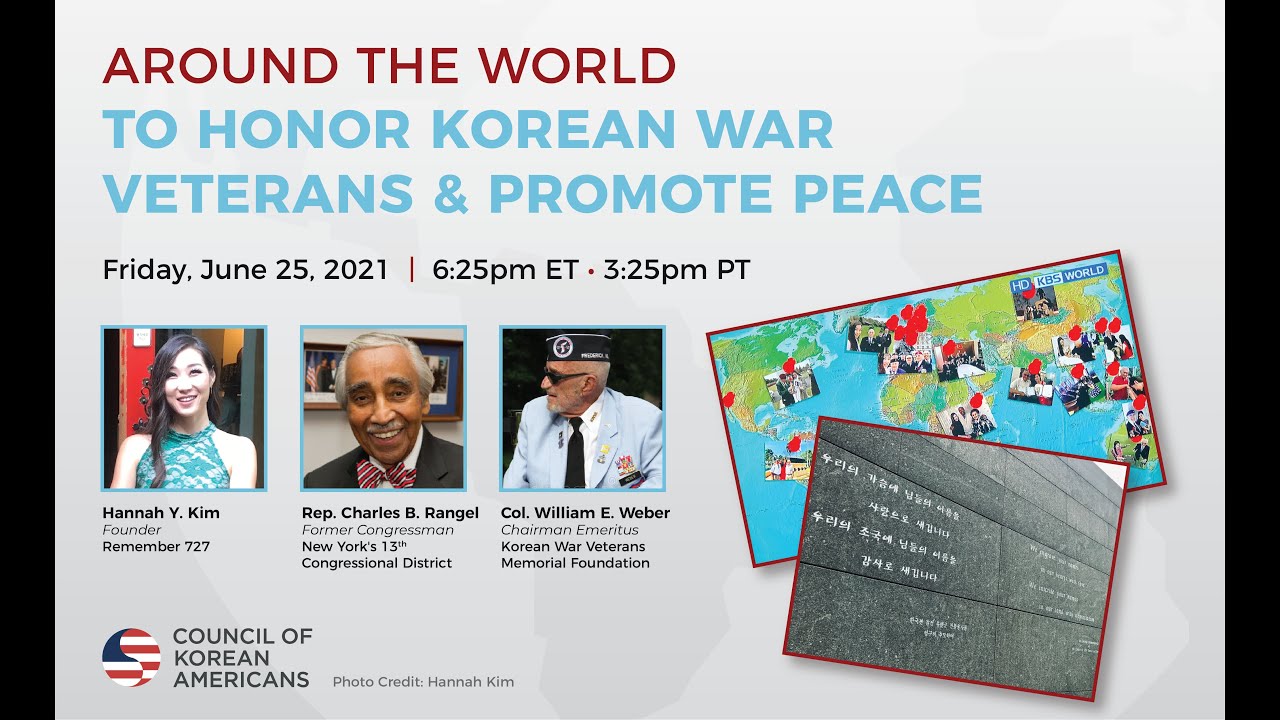 The Korean War is often called the Forgotten War. Hannah Y Kim has dedicated her life to change that. Hannah founded Remember727 in 2008 to honor Korean War Veterans and promote peace on the Korean Peninsula. She has since organized an annual Armistice Day commemoration every July 27th, and spearheaded the historic passage of federal legislation that designated July 27th as a memorial day for Korean War veterans. From 2017-19, she traveled across six continents to 30 countries that participated in the Korean War (1950-53), including North Korea, and all 50 US states and 4 US territories. Hosted by CKA and Remember727