Kickstarter: “CHOSEN” (선택받은 자) Documentary on Korean Diaspora in the US

You are here:
Announcements 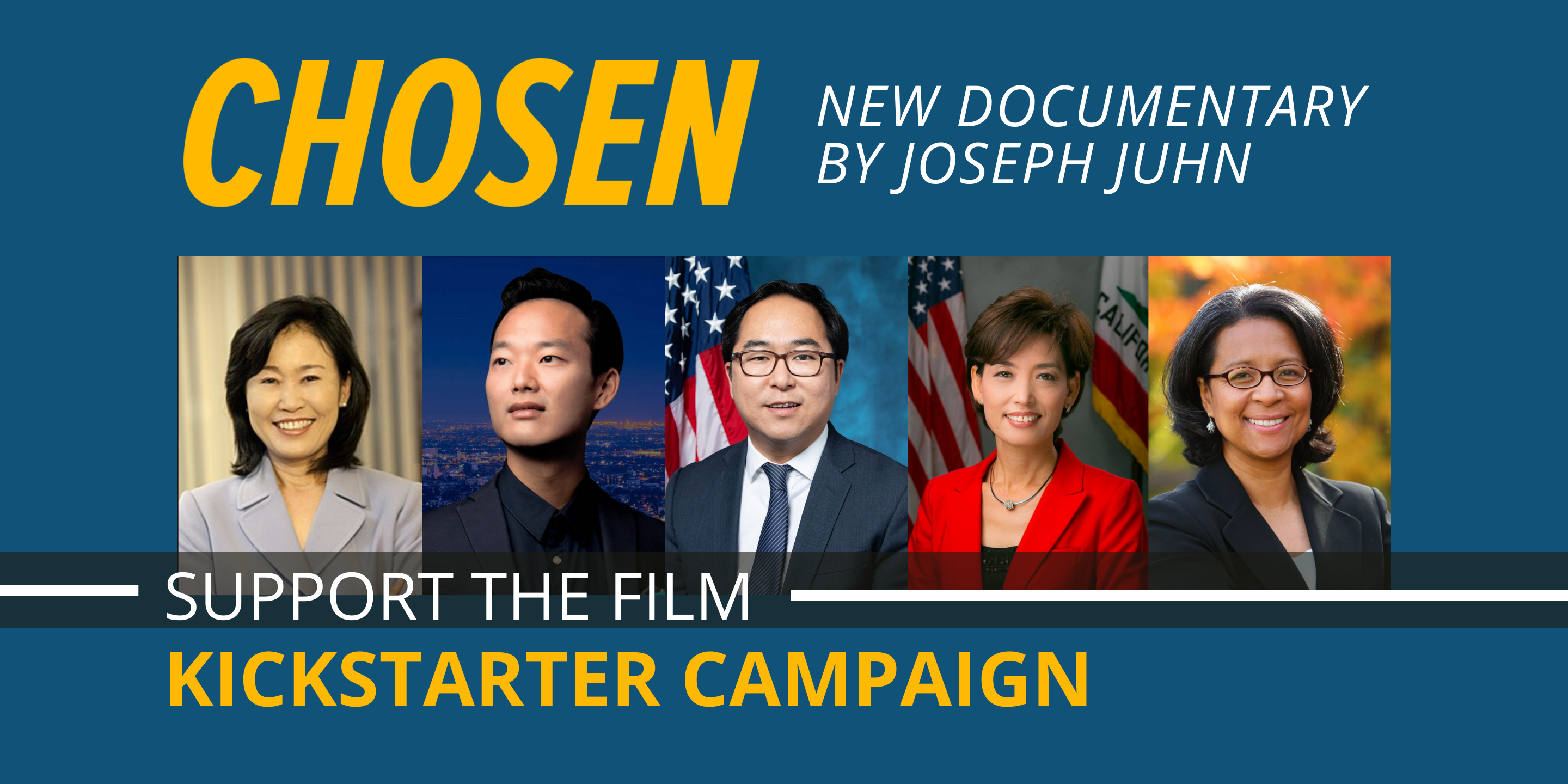 Thank you to all who tuned into our Jeronimo Film program that happened on Friday, September 18, co-hosted by KACF-San Francisco and Council of Korean Americans. We hope you enjoyed Friday’s event and the guest appearance by Patricia and Xander Lim, Jeronimo’s daughter and grandson.

As mentioned during the event, Director Joseph Juhn is working on a new film documentary, CHOSEN, covering the five Korean Americans running for U.S. Congress in the upcoming November elections.

We’d love for you to consider supporting the project through either the Kickstarter page or through the  Film Forum (tax-deductible donations; select “Joseph Juhn / CHOSEN” under the “J to P” category).

Thank you for joining us, and we hope to see you at a future watch party for CHOSEN!

Donate to Support The Film