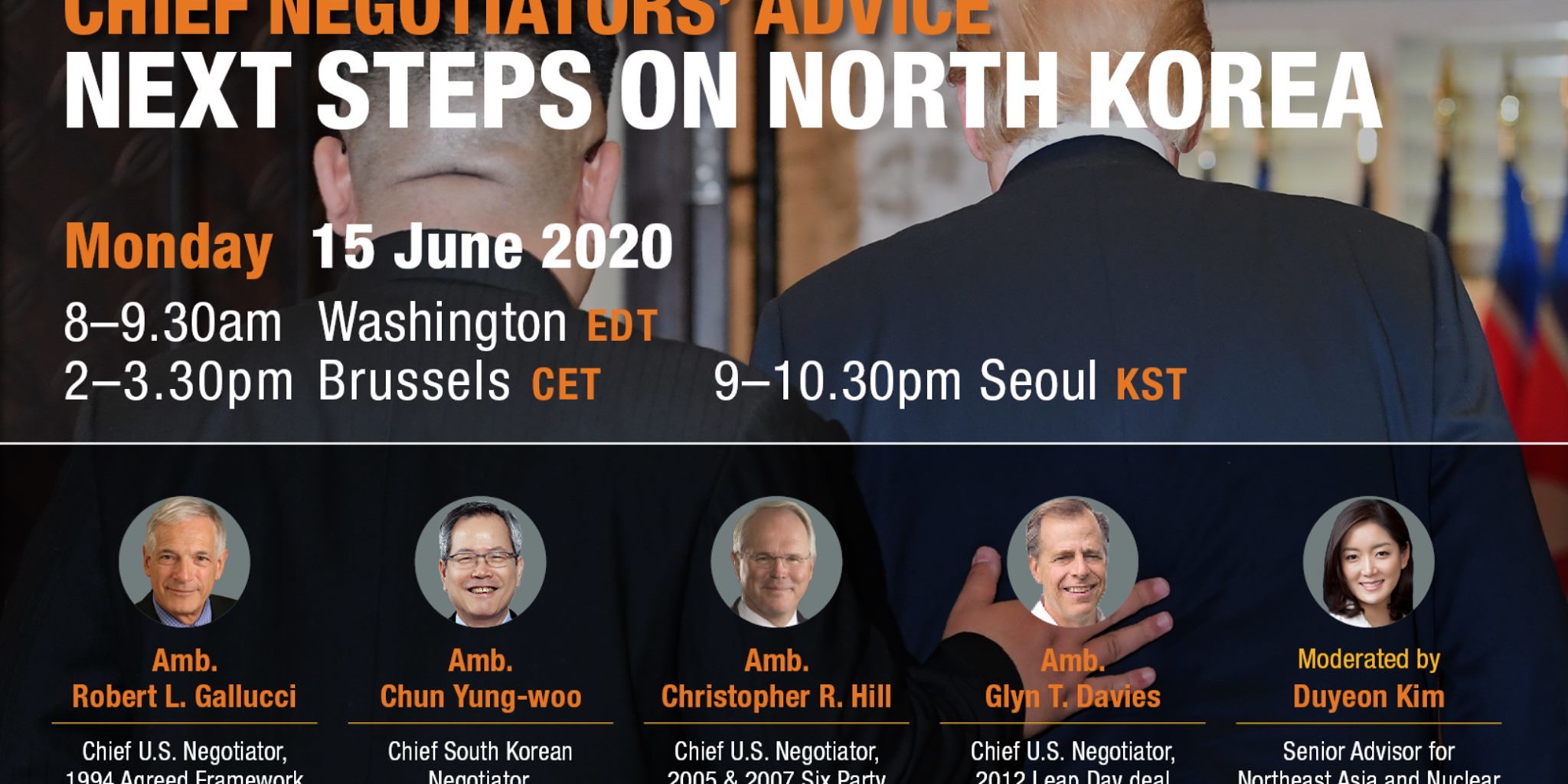 On Monday, June 15th (8-9:30 AM EDT), join the International Crisis Group in conversation with former chief envoys of the United States and South Korea moderated by CKA member Duyeon Kim.

The former chief envoys who negotiated the 1994 Agreed Framework, the 2005 and 2007 Six Party Talks agreements, and the 2012 Leap Day deal with North Korea during the Clinton, Roh, Bush, and Obama administrations will take a look back and give their advice on next steps towards denuclearization, peace, and regional stability.⁣

If interested in attending, you can register here. You may also join via a web browser without installing the software or watch the post-event recording, available after June 15th at crisisgroup.org/event-recordings.